by the Marketing Department at Laurus College

Before the law that was created in 2004 establishing today as Constitution Day, this holiday was previously known as Citizenship Day. William Randolph Hears suggested in 1939 that there should be a holiday created to celebrate American Citizenship. Only a year later, Congress designated the third Sunday in the month of May as “I am an American Day.” After the holiday gained support and popularity, the governors of the existing 48 states issued an agreement proclaiming this day a national holiday. In 1952, Olga T. Weber had petitioned to change the date to correspond with the anniversary of the Constitution which eventually led to a new law taking place that observed “I am an American Day” as “Citizenship Day” on September 17.

Constitution Day, along with Independence Day and Presidents’ Day, is an important part of the cultural heritage of the United States of America, because it recognizes the value of the American experiment, and the success of a nation of free people whose rights and liberties are protected by a written Constitution. 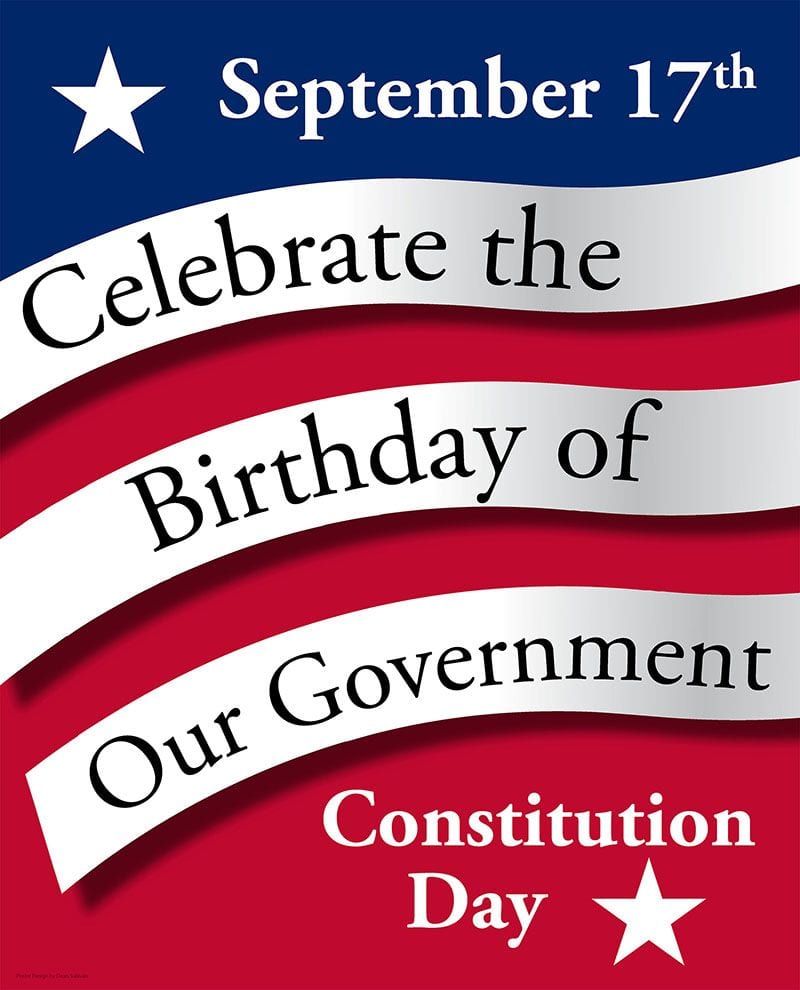